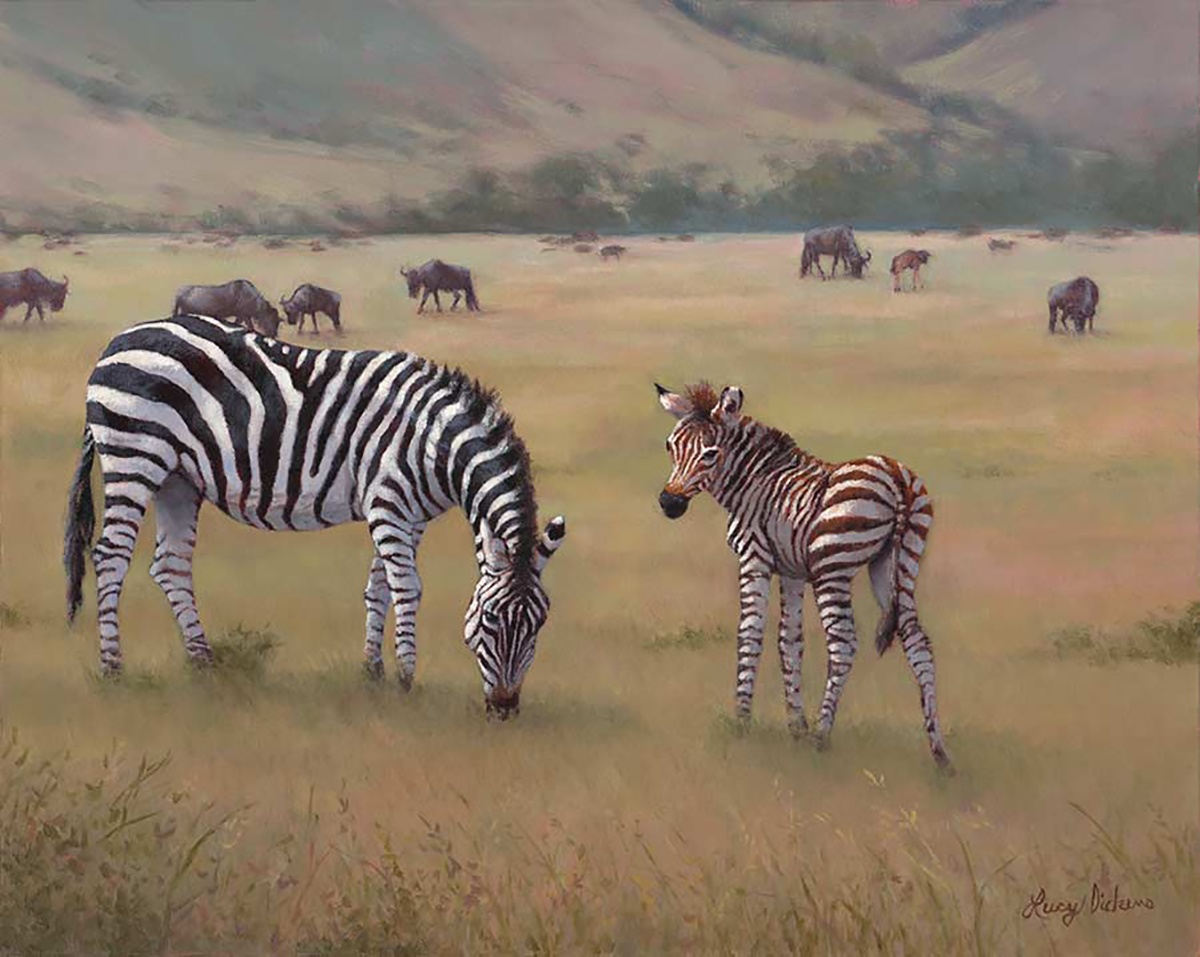 One of the most glorious and striking animals on the African Savanna is the Grant’s zebra, with its bold black and white stripes. Each zebra’s stripe pattern is different, like a fingerprint and babies recognize their mom by their stripe pattern. While visiting, I learned their foals have a beautiful reddish brown tint to their dark stripes, until they mature. Babies will stand within 10 minutes of being born and are running within 30 minutes. We also witnessed this seeing the beginning of the great migration in the Serengeti of Tanzania. We saw newborn wobbly legged zebra’s taking off on their first run as thousands of wildebeest and zebra ran all around us!

This sweet Momma and foal were spotted later on our visit to the Ngorongoro Crater in Tanzania. This protected site is the world’s largest, fully intact, volcanic caldera. The crater is about 12 miles wide, 2000 feet deep, and was formed nearly three million years ago after the volcano exploded and then collapsed. Exploring the floor of the crater felt a little like stepping into Eden, the multitude of different species of animals was overwhelming. We were told by our guides well over 25,000 large animals live in the crater such as zebras, lions, hyenas, Cape buffalo, wildebeest, gazelles, black rhinoceros, and more.