A Sense of Eden 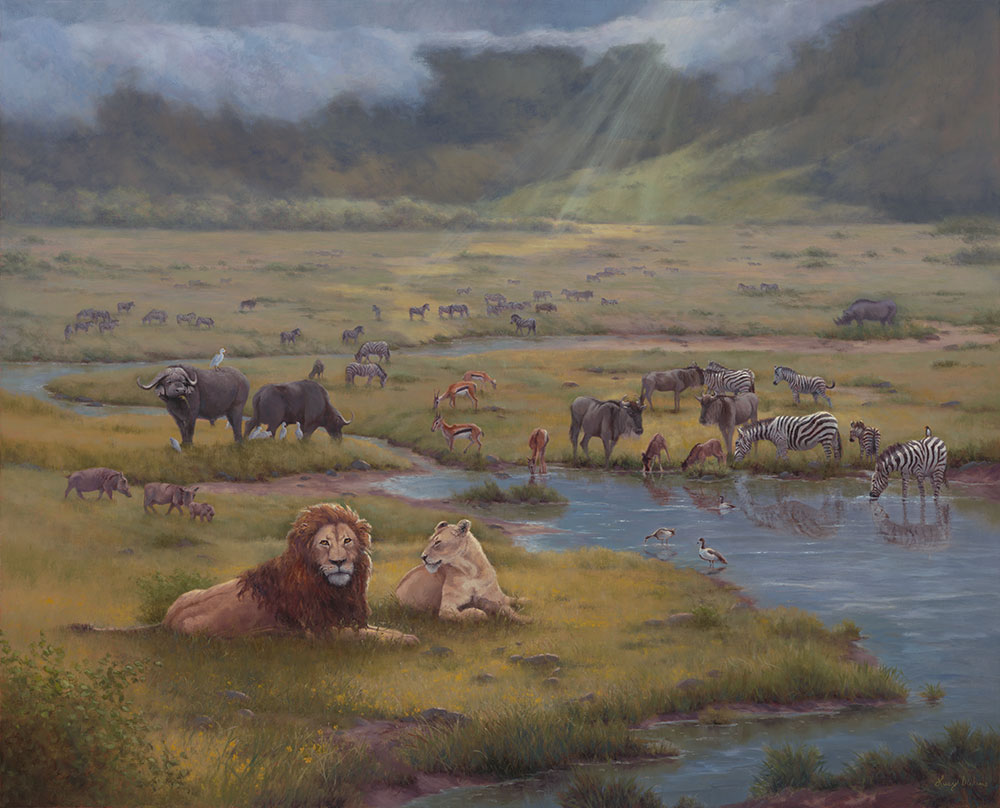 What comes to mind as you ponder Eden? Do thoughts of peace, pure radiant beauty, abundant majestic animals and birdsong dance through your mind like me?

While on safari in Tanzania, we journeyed down into the Ngorongoro Crater. It is the largest complete caldera in the world that has not filled with water. Three million years ago a massive super volcano erupted creating a sunken crater 2000 feet deep and 12 miles wide. Today, the floor of the crater is covered in rich grasslands and abundant water, a haven and sanctuary for wildlife. Lush rainforests cover the caldera walls, soaring high above, as the clouds spill down over the edge. In this small area over 25,000 large animals live including black rhino, wildebeest, zebra, gazelle, Cape buffalo, and the densest populations of lions on Earth.

As we explored slowly through the grasslands in awe and wonder, there were a multitude of animals as far as the eye could see. What I could hardly conceive of was prey and predator alike, seemingly unfazed by each other, in such close proximity. How could this be? It was then, a real picture of Eden solidified for me and what I wanted desperately to capture and convey in this special painting, the wonder and enchantment of creation. We then learned, nearby, the oldest human remains in the world were found causing this area to be regarded as the cradle of mankind, further adding to my Eden-like experience. How truly grateful and blessed I am to witness the beauty of creation all around me.