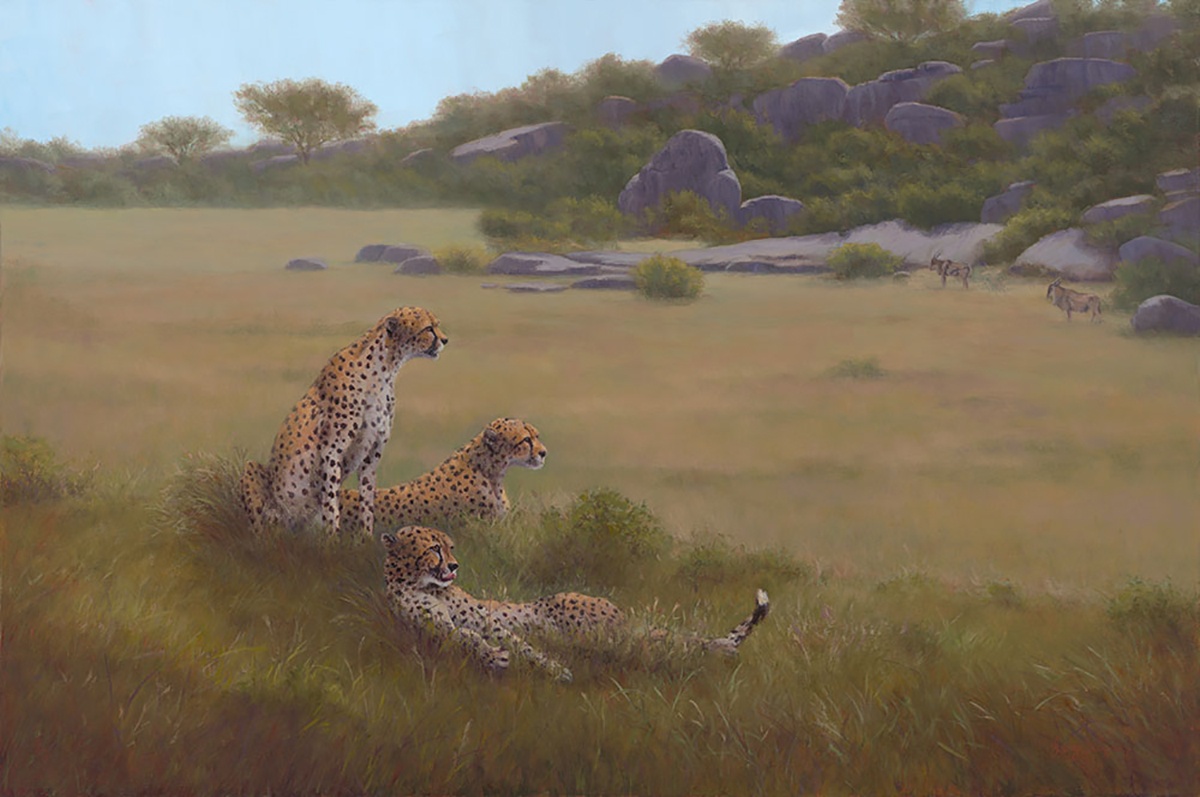 “Adopt the pace of nature, her secret is patience.”  – Ralph Waldo Emerson

While on safari in the Serengeti of Tanzania, we had the incredible opportunity of witnessing these strong and graceful cheetahs. First, these majestic cats lounged on the grassy hill, not a care in the world. Then the air shifted as they spotted their prey. Patiently, waiting for just the right moment, they rose watching intently. Then, as we looked on, each began their crouched stalking before taking off in a full high speed sprint. What a breathtaking sight! The cheetah has incredibly keen eyesight scanning across the grasslands. They are the fastest land mammals, accelerating from zero to sixty in three seconds.

The Tanzanian cheetah, or East African cheetah, is the oldest and largest of the five subspecies. While they may be found in Tanzania, Kenya, Uganda, and Somalia, the best place to see them is in the Serengeti and the Masai Mara. Despite the numerous preserves and national parks, its population is still in decline and conservation efforts are underway.