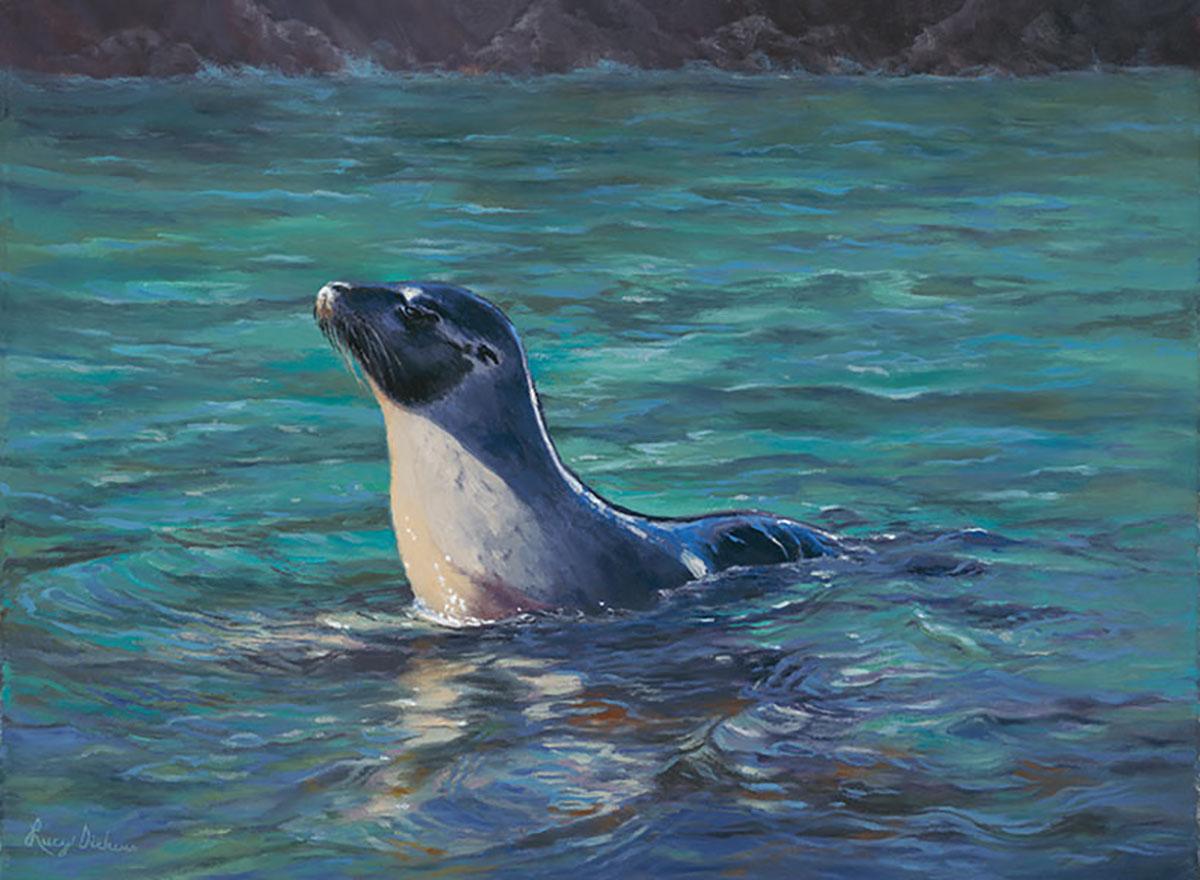 While vacationing in Rocky Point, Mexico, my husband and I decided to take a boat charter out to San Jorge Island, or Bird Island. Climbing into the boat we experienced a long and rough ride out yet arriving made worth it. Jagged whitewashed peaks climbed out of the ocean, white from the enormous amount of exotic birds, including marine swallows, red billed tropicbirds, and brown pelicans that call this island home. More exiting to me were the more than three thousand sea lions that also share this ocean wonderland.

As we arrived, the captain asked if we wanted to get into the small inflatable kayak and join these playful sea lions and seals. It was February and cold, so was the water, and I hesitated. At the urging of my husband, I climbed in and boy was I glad I did! Rowing over to them, many became very curious, barking, and surrounding us. They followed us each way we turned as if wanting to play, swimming all around and under us. I yearned to reach out and touch, yet they stayed just beyond my fingertips. Gazing on shore, upon the rocks were more than I could begin to count, basking in the sun. Some of the enormous bulls can reach a staggering 2200 pounds! I must return in the summer and snorkel with my new friends. After an exciting and delightful time with these wonderful sea creatures, we returned to the boat, but our adventure was not over. On our journey back, several times we observed black fin whales cruising the open sea as well!