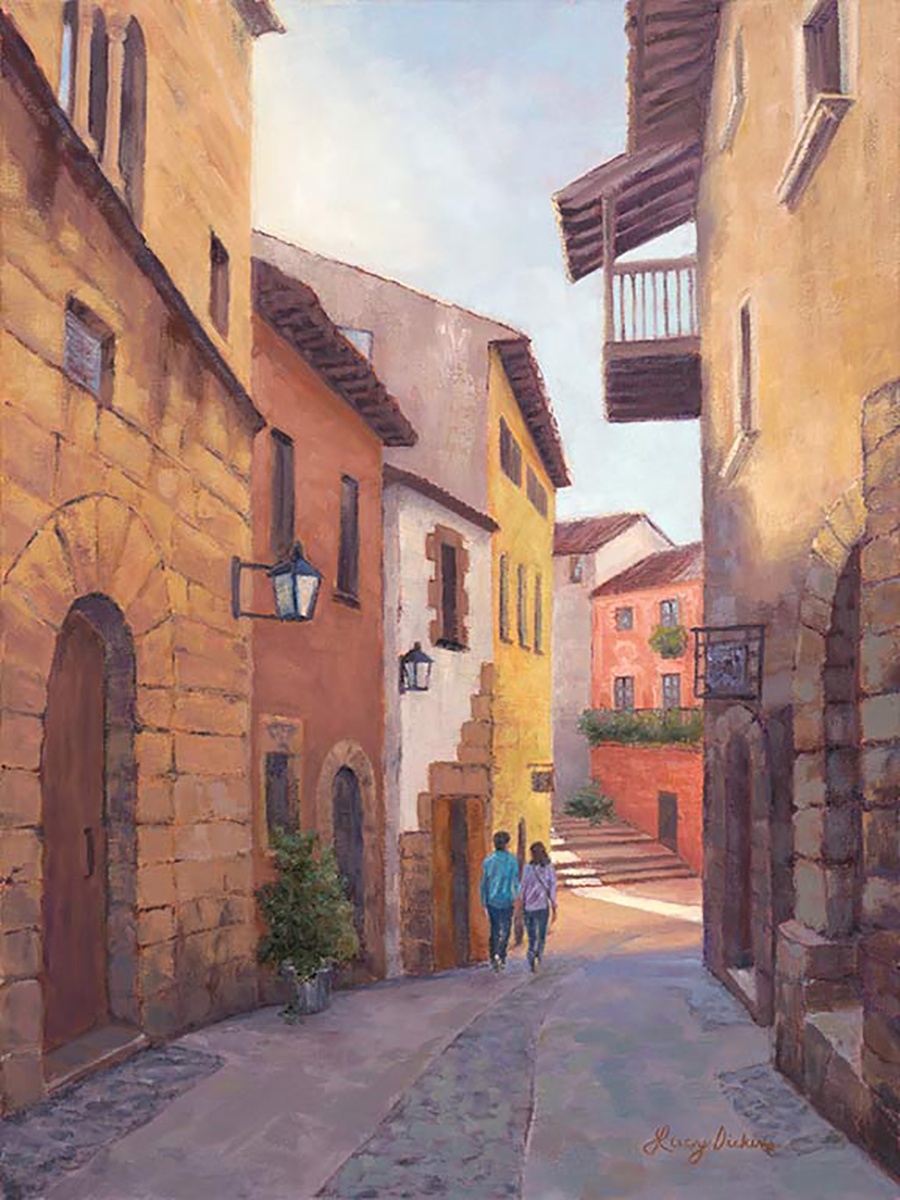 Exploring Barcelona led us to the beautiful Montjuic (meaning Jewish Mountain) that overlooks Barcelona from the southwest. From here you have beautiful views of the city, two of the best museums and a vast park. Montjuic is also home to “Poble Espanyol,” or “Spanish Village.” This was built in 1929 for the World’s Fair and right from the start it was conceived as a real “village” in the heart of a city. The aim was to create a Spanish village with different quarters that replicated the style of houses and architecture from the different regions of Spain, 117 buildings, streets and squares from all around Spain were reproduced to scale. It was conceived for visitors to stroll through an open-air Spanish architectural museum and its squares, streets and gardens. Poble Espanyol was built in thirteen months and was supposed to be destroyed after only six months when the World Fair was complete, but thanks to its popularity it still stands today for us to enjoy.

As we entered Poble Espanyol, The first thing I noticed was the river rock laid in so many beautiful patterns throughout the entry and many of the streets, like a cobble-stoned effect with river rock. Artistry in the streets! Hmm, can I recreate this at home I wonder? Next I caught sight of the beautifully vibrant streams of flags dancing upon the air. I stood in the courtyard and spun in a slow circle taking it all in. Am I really here? I find myself SO thankful for the opportunity and blessing in sharing this experience with the one I love. Tapas and Sangria’s catch our eye and we must stop and relax awhile before venturing on. Now to explore…we walk through each quarter, it was like visiting another region of Spain. Each had such strong differences in their architecture, from the medieval stone buildings, Roman influences, and Moorish influences as well. Then as you pass through the coastal areas the buildings change to white washed walls and colorful trim. How romantic this adventure, he takes my hand as we walk into the afternoon light, all is good.