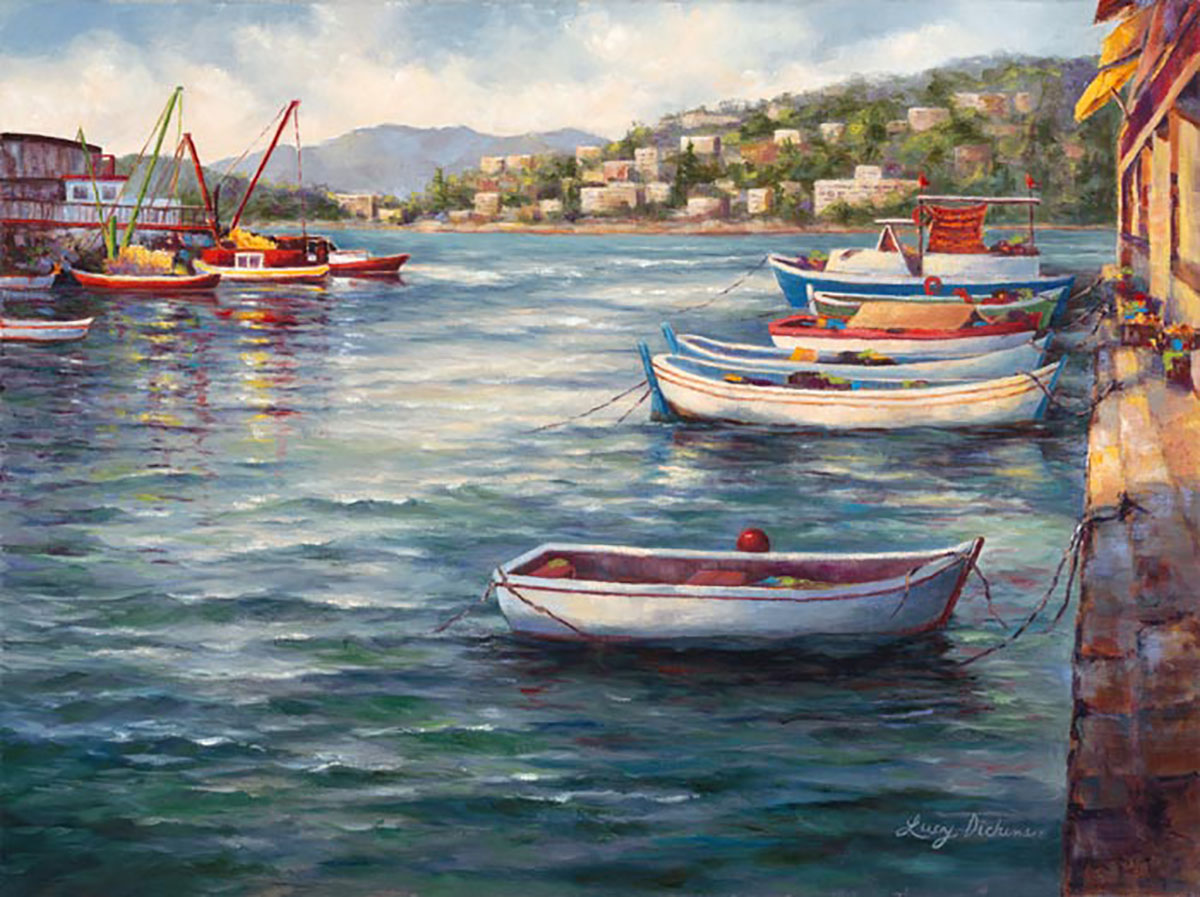 Kusadasi (pronounced koo-SHAH-dah-suh) is a major Agean resort city and a popular cruise stop as it is close to the ancient ruins of Ephesus. Our exploration of Ephesus was absolutely unbelievable and those stories will be shared with the paintings that emerge from that visit. On our walk back to the ship that afternoon we passed by this colorful setting with boats reflecting on the water. Such a tranquil scene that captured me as I stood watching the reflections dance while the small waves gently moved through the harbor. Softly the breeze fluttered through my hair and across the water as I gazed upon the boats in the distance being unloaded and loaded. I was captivated by all the activity, the story unfolding before me, and the vibrant colors of the boats and large cranes rising high above the sea.