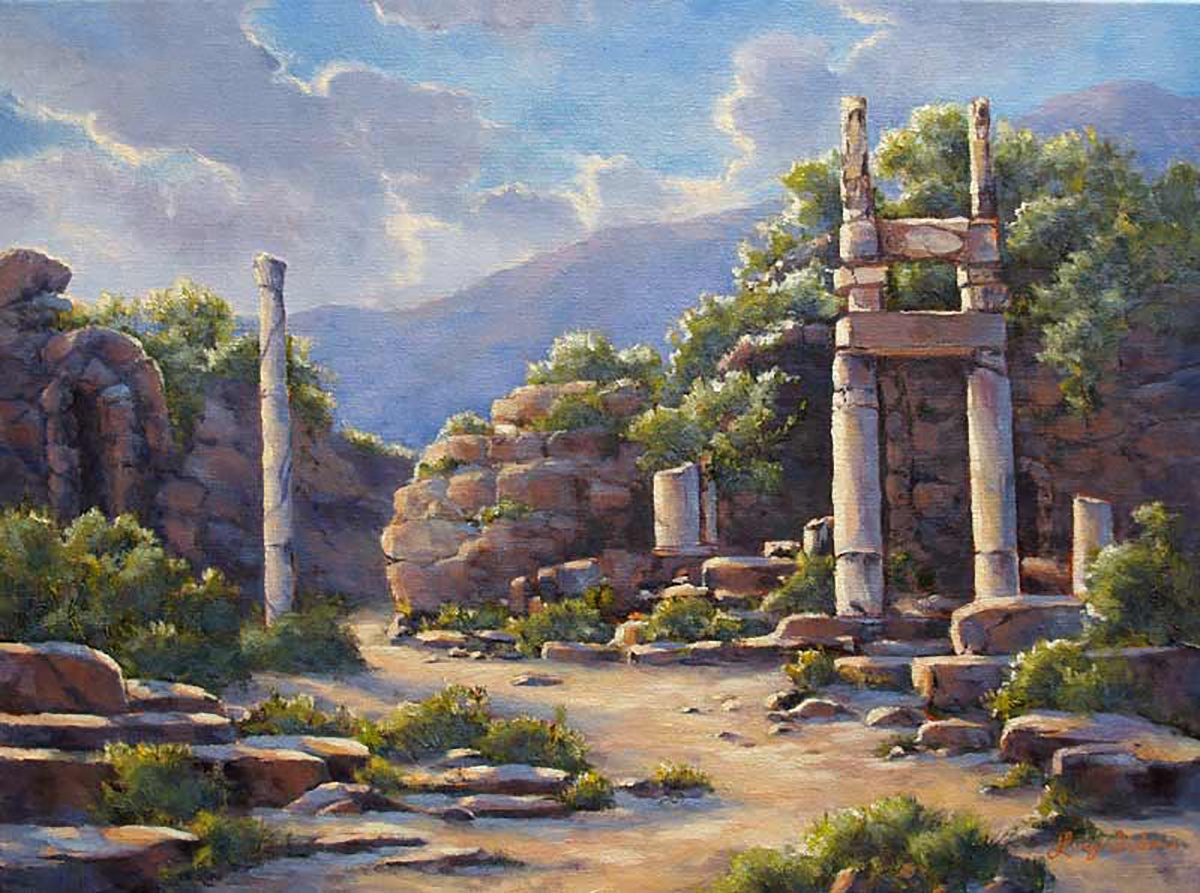 The first structure in Ephesus known to be dedicated to an emperor was the Domitian Temple. Roman Emperor Domitian (81 to 96A.D.) gave permission for the construction of this grand Corinthian style temple which added respect and prestige, along with power and the ability to organize the Olympic Games. Later, when the unpopular emperor was murdered by his servant, the public took vengeance and erased his name from many inscriptions. In order to not lose its status, the Ephesians re-dedicated the temple to Vespasian, the father of Domitian. The Apostle John, head of the church in Ephesus, was exiled to Patmos during the persecutions of Domitian. He was eventually executed during his reign. After official acceptance of Christianity, all of his temples, statues and inscriptions were destroyed.