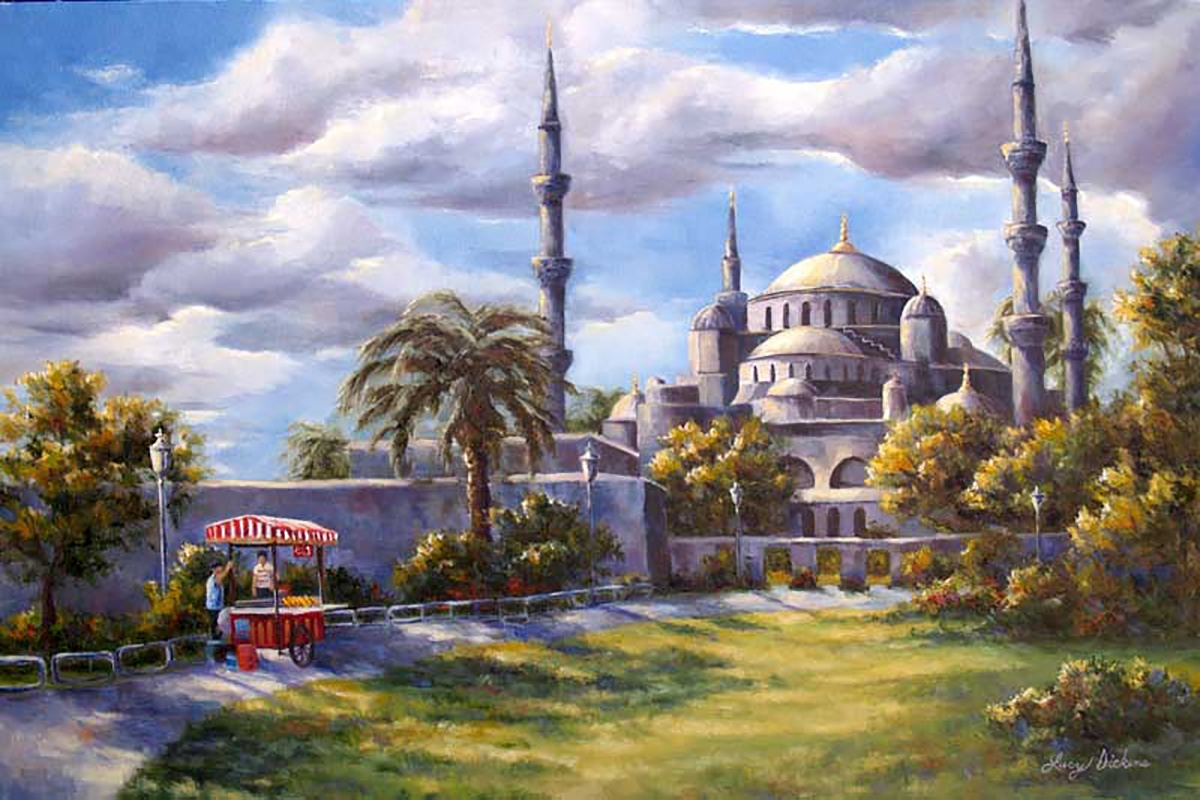 The Turkish city of Istanbul is the only city in both Europe and Asia, in between the two halves flows the Bosphorus straight. This prime location controlling trade routes between three continents caused many to fight for control of the city for thousands of years. During the 7th century, Greek colonists settled at the mouth of the straight calling their city Byzantium. Later it became part of the Roman Empire and was known as Constantinople. In 532 the city was destroyed and then rebuilt and for the next several hundred years Arabs, Persians, nomadics, and the Forth Crusaders invaded Constantinople fighting for control. In 1453 the Ottoman Turks conquered the city and changed the name to Istanbul and it became the third and last capital of the Ottoman Empire. The Republic of Turkey was formed in 1923 and today it has a population of over 13 million people.

Istanbul is where our journey through the Holy Lands began and we arrived there full of excitement for the adventure ahead. We were soon to leave port on a cruise ship bound for Ephesus, many locations in Israel, and the two Greek isles of Rhodes and Mykonos. First we had the wonderful opportunity to tour Istanbul for a taste of it’s culture, peoples, and cuisine, along with an opportunity to experience the Grand Bazaar (one of the most famous markets of the world created just after the conquest of Constantinople) and then on to tour The Blue Mosque.

Sultanahmet, or the Blue Mosque as it is commonly known as because of the stunning blue tile work on the interior was built in the 17th century and dominates the skyline of Istanbul. It incorporates some Byzantine elements with traditional Islamic architecture and is considered to be the last great mosque of the classical period. As we stepped out of the mosque we emerged onto a beautiful green lawn and quickly spotted a colorful street vendor selling roasted corn. Richard and I took a moment to indulge in this treat as we reflected on the amazing architecture around us while watching the daily life of the local peoples.