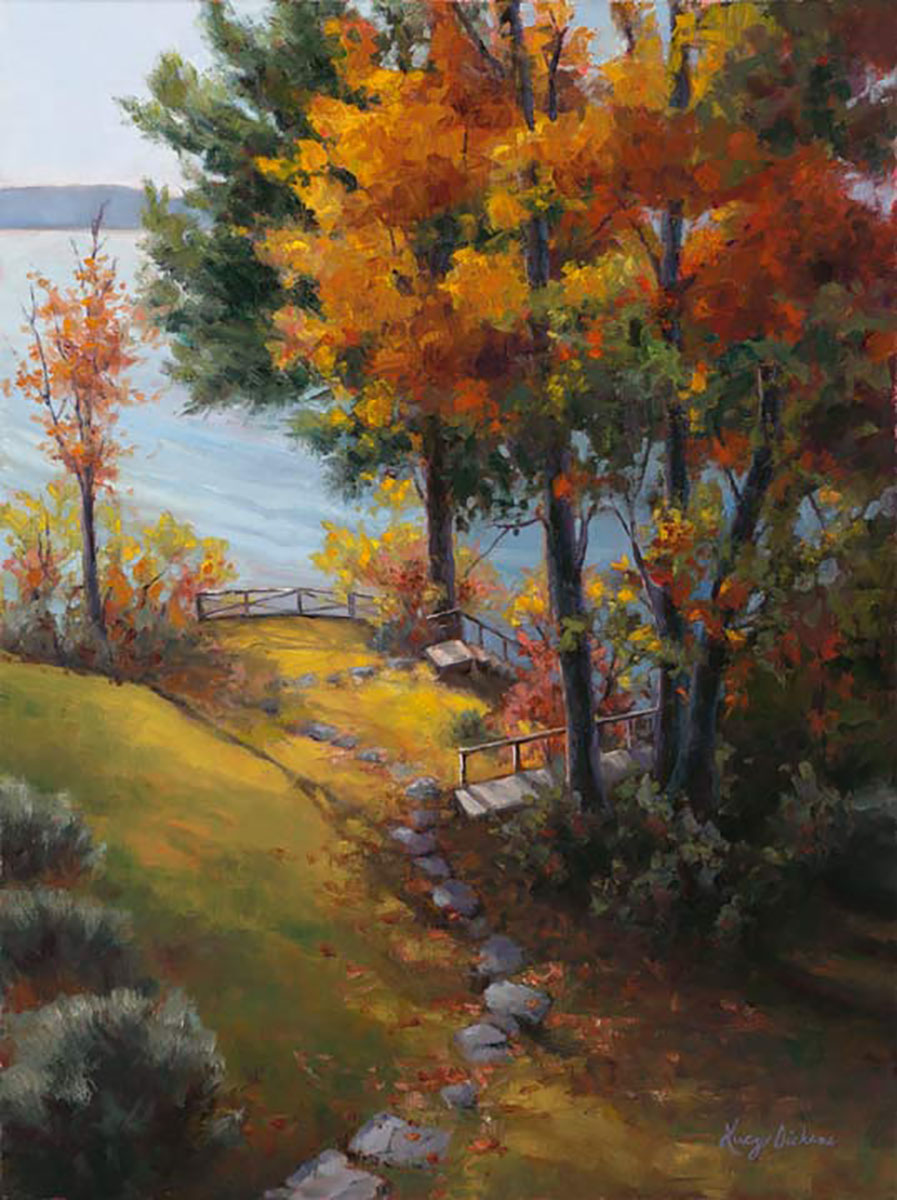 After leaving Niagara-On-The-Lake, we followed our Innkeepers recommendation for the best way to travel to New England. We journeyed around lake Ontario, through Montreal and down to North Hatley in the Eastern Townships of Québec, Canada. From here we would later drop down into Vermont. He suggested the most magnificent Inn, the historic Manoir Hovey perched on the shores of Lake Massawippi. The grounds of the property with its English Gardens and breathtaking views were such a magical and romantic wonderland.

“Stroll with me” was the scene directly off our balcony beckoning us to explore the mysteries she held. Where does the stone path and bridge lead? We were drawn to the stairs exploring the lake below… The burst of fall colors were mesmerizing to us from the deserts of Arizona. Reds, and yellows, oranges and magenta contrasting against the green grasses and cool waters were such a delight to the senses. There was so much vivid color everywhere we looked, I couldn’t wait to get out my brushes and capture this magic!